Not long ago a friend and former colleague posted a query to a popular social media platform in which she looked for recommendations for written collections about sustainability. And perhaps I was grafting my own notions and designs onto hers, but I felt what she was after was not works by economists pitching philosophies of the marketplace, engineers touting emerging technologies, or environmental scientists bing-bonging between hope and despair as they do. Instead, what she was looking for was individuals writing about the experience of living sustainably, or at least making their best efforts to do so. I checked back to her post a few days later—since we had both been teachers at a place that styled itself as “America’s Environmental College,” I figured if neither she, nor I, nor her network of friends could render a list or even think of an example, then it might be fair to conclude that no such literature existed. Or at least that it was not widely known. When there were no titles offered, it occurred to me to suggest that she should write one! But while swimming in the social media angst I tread through before each input, my finger teetering over the “post comment” button, I thought, “screw that…I should write one!” 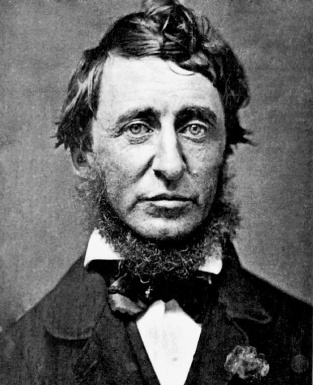 So here I am. Perhaps it’s little more than karmic retribution for late night scoffing at student papers that quoted Thoreau or Whitman without really knowing what they were talking about. Or maybe for continually asking those same students to define “sustainability” when I had no confidence that I could adequately do so myself. But there’s more than cosmic happenstance here. I’m a historian who researches and writes about resource issues of the past. I’m taken with the ways in which populations have sought to grapple with the ethics of consumption in their own times—to say nothing of what we, as observers, should conclude from our observations of them. But I’m also a single guy, with only one canine, non-deductible, dependent. I’m a freelancer and thus not rooted, financially or professionally, to a place. I can make changes in my life and lifestyle without creating consequences that impact others. I own no home, no land, no investment vehicles. A few years ago I became a locavore vegetarian—mostly just to see if it was possible to live at 44 degrees of latitude entirely on the wares of February farmers’ markets (it is if you can develop a sense of humor and some creativity with cabbage, carrots, and potatoes). I’ve since moved on to experimenting with veganism—less as an ethical assertion and more as a logistical curiosity. I recycle in a place that has a barely lukewarm commitment to it. I stockpile things that I think should be recyclable when I don’t know how to actually recycle them. I upcycle and buy used things when I don’t necessarily need to. I compost but without a well-defined endgame. I set out to clean and wind up Googling the ingredients of cleaning products instead. I use

public transportation when I don’t need to. I drive a fuel-inefficient vehicle as little as possible. I grumble when my dog, Asa, sniffs at the ankle-high, sidewalk-side pesticide application signs. I ridicule national brands and chains, but applaud when they support local non-profits and community betterment projects. I wear sweaters and hide under blankets so I can keep the heat down, even though it’s included in my rent. I watch documentaries in the “social and political” category on Netflix. I follow more farms, farmers’ markets and food security organizations than actual people on social media. I read food blogs. And I think a lot about how the people who know things can productively share them without alienating the people who need to.

Retired (and broken) ski boots. Recyclable? Must be, right?

I guess in short I make an effort to factor the earth into my daily decision making. And in the process of so doing, I recognize that my personal situation makes me sometimes more able and sometimes less able to be and behave as responsibly as I might like. So I think of myself less as a person who lives sustainably and more as a person who tries to live thoughtfully in the age of sustainability—recognizing that the term itself will become politically tarnished and be jettisoned in favor of something more promising long before most of us have fully come to terms with what it means. The scrap heap of environmental terms suffering semantic obsolescence is grand—but fortunately language is nothing if not recyclable!

There will be occasion in later posts for a deeper discussion of the philosophy of sustainability and the various strengths and weaknesses it embraces as an academic discipline, a set of ethical criteria, a benchmark or means of measuring ecological health, or a marketing slogan seeking to sell us on a more responsible outlook on and orientation to the world around us. There will be time for getting into the three circles, four dimensions, seven modalities, and what they mean for the future of partridges, pear trees, and how many bottom lines we need to consider. The hope for sustainability and sustainable development is a good one. It acknowledges that past ecological agendas have not sufficiently accounted for economic and social factors and that efforts to create economic growth have come at costs that not only cannot be overlooked but should cause us to reevaluate the actual profitability of projects and investments. It reminds us that not all value is strictly quantifiable—and if we can’t count it, it is that much more important that we describe it! It creates space for perspectives that have not always found sufficient audience. But it may also convince us that we can know things we can’t—and from that hubris may flow efforts to control the uncontrollable, count the uncountable, and attempt to regulate outcomes based on the kinds of oversimplified cause and effect relationships that politicians and governments crave.

In the days ahead I will use this page to explore ideas about how we live in relation to the resources, open spaces, built environments, jobs, businesses, products, communities, cultural messages, ethics, government initiatives, and educational programs that define who we are and how we interact with one another. If sustainability seems to retreat from the center of the story at times, that’s exactly as it should be! One possible explanation for why there is a limited literature of personal reflections on sustainable living is that it’s fucking boring! If we want people to do something or take some interest in making different life choices, it’s incumbent upon the thinkers and writers who advocate for that to make their audience care. I had a professor in grad school who would punctuate discussions with a long sigh, then lean back in his chair, stroke his beard, and say, “so what’s the news?” I won’t quote him directly because I’m quite sure he was quoting some professor he had in grad school, too—in fact he said as much. But the point was, “so what?” Why do we care about this? What are we learning today as a result of a reassessment of this particular past? What do we gain from telling this story in this way? Both as an historian and as a writer I reject the notion that we make things more interesting by making them simpler. I have enough scientific literacy to recognize that the slope of a curve tells us something important, but it doesn’t tell us a story. And regardless of how our media and popular culture reshape our consumption of them, stories are still what motivate us and shape our outlook on the human experience. As long as rich detail and complexity of plot, setting, and character makes for a good story, we should, as readers, cultivate an appetite for similar attributes in our public discourse about living sustainably. I can only hope that readers will both engage with these stories and write their own.

One thought on “Introduction: Why Me? Why Now?”